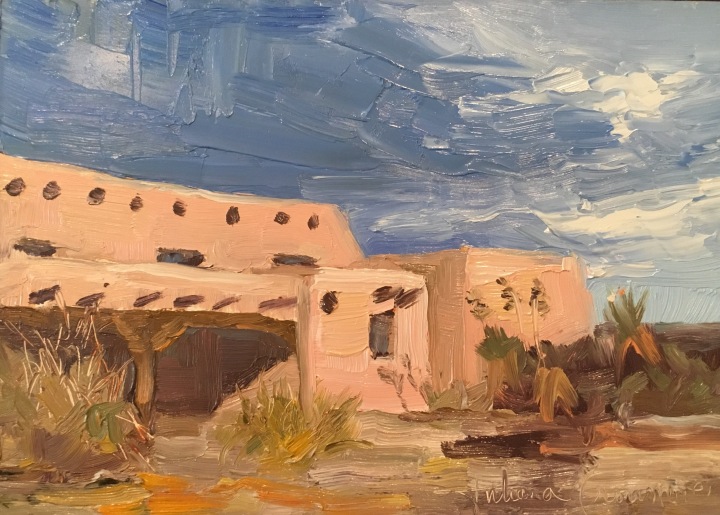 This year my family went deep into the history of how a 16 year old boy’s curiosity led to one of the most amazing things I have ever seen.

This simple adobe is where our story began.

“any hole in the ground which could house such a gigantic army of bats must be a whale of a big cave. ” – Jim White

Our first credited cave exploration of Carlsbad Cavern happened in the cave in 1898. Sixteen year-old cowboy, Jim White, was rounding up cattle one evening when he spotted smoke from a wildfire off in the distance. He went into high alert. Fires could be just as devastating then as they are now. He rode closer to gather information. How big was it? Was it moving quickly? What direction was it burning?These questions and more pushed Jim to ride to the fire so he could report back to camp with the most accurate information possible.

As Jim approached the smoke, he noticed something strange: he couldn’t smell the smoke, hear the crackling of flames, or feel the heat of fire. Jim realized he wasn’t seeing smoke. He was watching bats. Thousands-upon-thousands of Brazilian free-tailed bats. Jim finally stopped at the mouth of the cave completely mesmerized by the spectacle of flying mammals filling the air above him. He once said he watched the bats for nearly half an hour before the darkness fell so completely he had to return to camp.
Because he knew the other cowboys would mock him, Jim didn’t immediately describe what he’d seen to anyone.He thought it over for several days.The deep hole in the ground and its secrets continued to gnaw at him. He had to find out what was down in the dark recesses.
Jim finally went back to the cave alone with some wire and pieces of wood. He constructed a ladder that he anchored at the mouth of the cave. It twisted and turned like a bucking bronco as Jim descended using only one hand. His other held his light source. After sixty feet, he landed on the cave floor. His light barely penetrated the cloying darkness.
At first, Jim was very uncomfortable in the cave. The names he assigned to formations give us some insight into what he was feeling when he came across new features for the first time. He named the first drip pool “Devil’s Spring.” That was soon followed by the “Devil’s Armchair,” “Devil’s Den,” and finally the “Witch’s Finger.” These features are still easily seen today as you walk down the natural entrance route. As he spent more time in the cave, Jim became more comfortable with his surroundings. His naming became more matter of fact: “The Big Room” and “Left Hand Tunnel.” There were some places that sparked Jim’s imagination. He named the “King’s Palace” and even found a royal family in residence.
Jim’s exploration of the cave continued for many years. While he investigated other caves in the area, none ever captured his imagination the same way Carlsbad Cavern did. He was its chief promoter his entire life (though supporters of Colonel Thomas Boles may beg to differ!).
Today, his legacy lives on. Every time a person leaves the cave and shares the story of his visit, he is carrying on Jim’s love of this place. Every time a student researches the cave and shares her results with others, she is sharing what Jim found so awe inspiring. Carlsbad Caverns National Park owes its existence to the bats who call this place home and a young cowboy who had to know more about the dark hole that teased his imagination.

Please let me know what you think Cancel reply